The broadband speed chart for India and other Asia Pacific nations – prepared by Akamai – for Q1 2014 shows painful experience to Indian Internet users.

As usual, India ranked lowest in broadband average speed with 1.7 Mbps and South Korea had the highest speed at 23.6 Mbps. 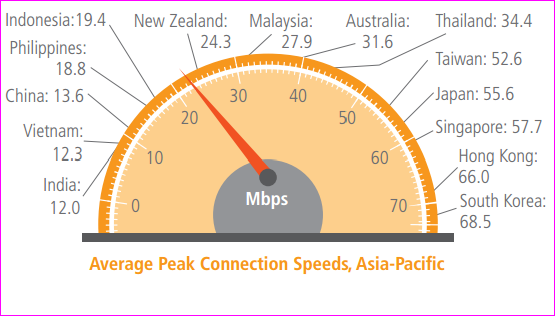 South Korea, Japan, and Hong Kong maintained their solid lead in the average connection speed metric globally and regionally, while India had the lowest at 1.7 Mbps.

South Korea had a 68.5 Mbps peak connection speed, while India had the lowest peak speed at 12 Mbps. 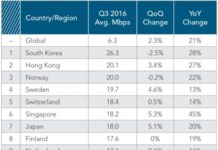 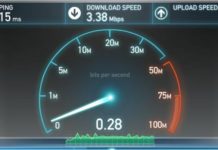