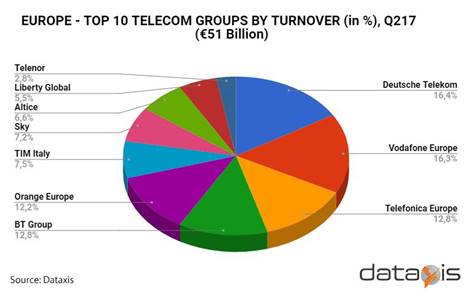 Deutsche Telekom, Vodafone and Telefonica are the top telecom operators in Europe in the second quarter of 2017.

The revenues of the top 10 telecom operators in Europe amount to €51 billion in the second quarter of 2017, according to Dataxis. 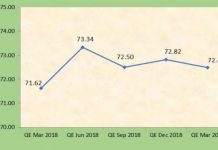