Reliance Jio reportedly is working to expand its footprint further by investing in the gaming sector. According to multiple reports, the company is working to develop a 4K gaming console.

Several leaks have been making rounds on the internet that show the Jio set-top box which will be supporting 4K gaming. Mukul Sharma, a popular tipster has recently shared the latest development in the 4k gaming console by Jio by revealing the BIS certification. There is a high chance that Jio will be launching something related to a video game. The speculations that have been making rounds are now backed by the evidence which has been gathered from the BIS listing.

Currently, the information available from the BIS certification has confirmed that the device designed by Jio is gaming hardware. Further, it has been revealed that the device is being developed by a Korean manufacturer, AKSYS. The company is known for manufacturing gaming accessories, gaming controllers and gamepads. It seems like Reliance Jio has joined hands with AKSYS to develop a solid 4K gaming console for India. The BIS certification indicates the model number of the device being developed in JGC100.

The Annual General Meeting (AGM) of Reliance Industries, 2021 saw a teaser of the TV set-top box that will support 4K gaming. Apparently, it is the same device that has been seen in the BIS certification. Interestingly, Jio has claimed that their 4K gaming console will be compatible with different other popular gaming consoles by Sony and Microsoft. Solitaire is a popular game that is available on all the Windows PC and is loved by the Windows immensely so much so that a hint of eliminating the game drew a sharp lash back.

When will the Jio 4K gaming console become available?

As the Jio 4K gaming console has already received BIS certification, it can be said that it will be launched soon in India. BIS certification is often received when a product is to be launched soon. However, there is still a doubt whether the launched device will be a full gaming console or a TV streaming device that will support 4K gaming. Reliance Jio has still not officially revealed anything about the device.

How popular is the gaming market in India?

The gaming industry for a long time in India was not seen as an industry that has huge potential and scope. However, the COVID-19 pandemic has changed the face of the gaming industry for once and all. Playing and creating video games and card games like Klondike Solitaire is no longer a hobby but a full-fledged profession. According to a KPMG report, the gaming industry will grow by 22.1 percent by 2023 and its valuation will jump from the current value of INR 43.8 billion up to INR 118.8 billion. Earlier, an Ernst and Young report has revealed that most Indian players prefer playing esports on the PC and consoles than on their mobile devices. 38 percent of the players prefer to use Console for playing sports and only 23 percent of the social gamers use the console for playing casual games. Popular gaming consoles in India include Sony Playstation 2, Microsoft Xbox 360, Nintendo 3DS Red, Sony Playstation 3 and Microsoft Xbox One 500 GB console. It would be interesting to see whether the Jio 4K gaming console would make it to the top ten gaming consoles of India or not. 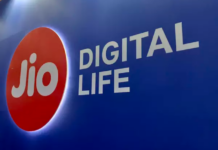 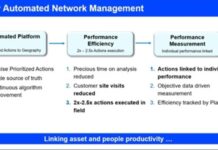