Ericsson, the # 1 LTE equipment provider, will supply RBS 6000 base stations, software network upgrades as well as support and deployment services.

As per the LTE deal, Ericsson will also upgrade and expand Tele2’s existing 2G and 3G networks in Norway.

Recently, Ericsson assisted VimpelCom to launch 4G in Moscow. VimpelCom LTE FDD services are now accessible within the central Sadovoye Ring area of the city, and are expected to be available throughout the Russian capital by the end of 2013. 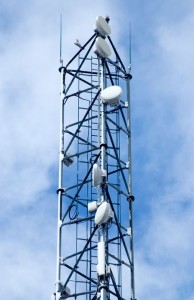 Robert Puskaric, president of Region Northern Europe and Central Asia, Ericsson, said: “We started a strategic partnership with Tele2 in Norway in 2008 and this development is an important milestone. Ericsson will now become the main nationwide network partner for 2G and 3G expansion, as well as build-out of 4G.”

The Norwegian government is planning to hold a national frequency auction in December 2013, aiming to secure better competition in the Norwegian mobile market.

Ericsson has delivered more than 150 LTE/EPC networks worldwide, of which more than 80 have gone live commercially.

According to Infonetics Research, LTE revenue was $2.7 billion in Q1 2013, an increase of 21 percent quarter-over-quarter and 108 percent year-over-year.

“We are clearly seeing the broad shift to LTE and its direct effect on 2G, 3G, and WiMAX,” said Stéphane Téral, principal analyst for mobile infrastructure and carrier economics at Infonetics Research, in a June 20 report.

Infonetics Research has ranked Ericsson as the leader of the RAN, with double the revenue market share of #2 Nokia Siemens Networks.