Reliance Jio is leading in 14 telecom circles in terms of revenue market share in the April-June quarter of 2019, according to a report from ICICI Securities. 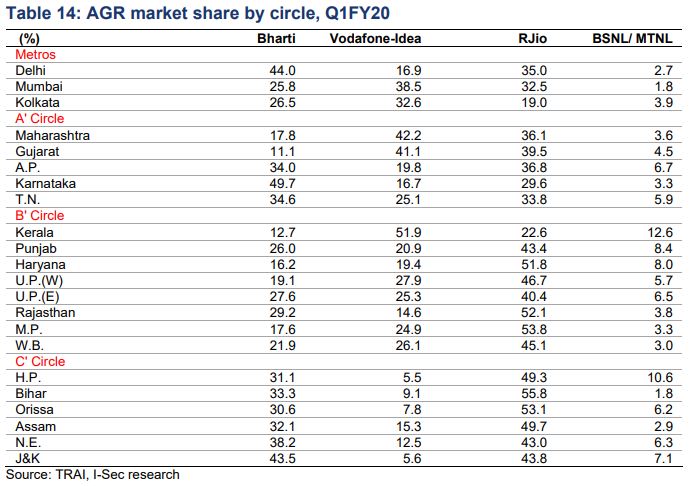 Reliance Jio AGR rose 9 percent year-on-year to Rs 109 billion. The AGR growth is higher than the reported revenue growth of 5.2 percent quarter-on-quarter due to reducing loss on interconnect usage charges.

Airtel, the second largest mobile operator in terms of mobile revenue share, has leadership in Delhi, Karnataka and Tamil Nadu including Chennai circles.

Vodafone Idea, which has slipped to the third position in terms of mobile revenue share, has leadership in Mumbai, Kolkata, Maharashtra, Gujarat and Kerala circles.

Reliance Jio and UVARC emerge as the top bidders for RCom