As per the National Telecom Policy 2012 (is it 2013?), full VoIP will be allowed. Voice is allowed internationally on LTE networks. It’s not a big deal. But the question: where’s the network? When is RIL launching 4G / LTE? Remember, billionaire Mukesh Ambani’s Reliance Industries had grabbed BWA spectrum in 2010.

RIL may or may not pick up stake in Reliance Communications to utilize latter’s telecom network. It may use Samsung’s LTE infrastructure to kick off 4G services. All the equipment vendors want to grab their share. But deals are not in their control.

For example, Nokia Siemens Networks’ future strategies in India evolve around growing its 3G mobile broadband. It is not betting on 4G this year. 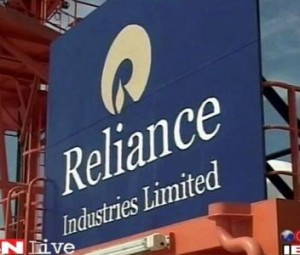 There’s no stringent penalty to telecom operators to hold precious spectrum in initial phase or not meeting roll out obligations.

Though several operators won BWA spectrum — Airtel was the only operator to introduce 4G in just 3 circles. With around 15 million broadband connections for 1.2 billion population, scope is huge. But calculations cannot go wrong.

RIL’s top bosses are still evaluating strategies. According to top sources with telecom equipment vendors, RIL is yet to sign final deals. It indicates that a pan India rollout of 4G / LTE would take at least 12 months.

Reuters reports that India will allow wireless broadband airwave holders to provide voice services if they pay an additional $306 million.

Voice accounts for almost 85 percent of Indian carriers’ revenues, while data services contribute about 5-6 percent of the total mobile services revenues as fewer people browse the Internet on phones.

Canada’s Rogers Communications makes more than 40 percent of its revenue from data. Indian telecom industry is sure that mobile service providers will create the right data platform in coming days. If Indian economy is going to grow at 5 percent this year, analysts will be cagey. We may need to wait.