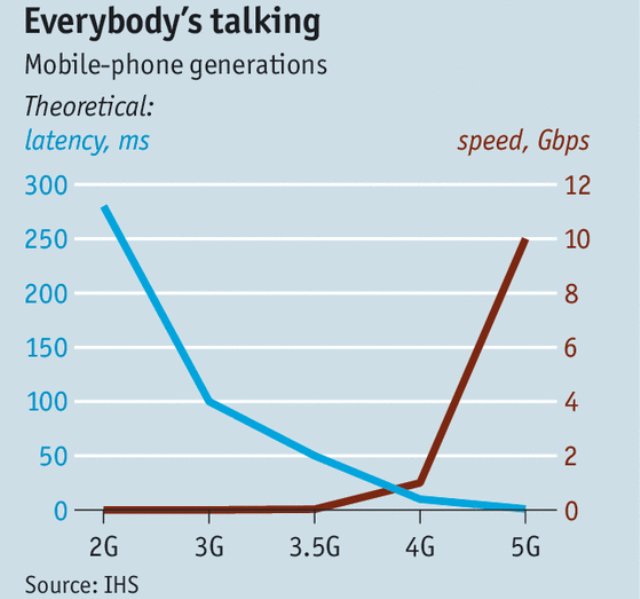 The telecom industry in the Americas is in the early stages of a major transformation. With LTE pervasively deployed in North America and operators in the region now shifting focus to LTE-Advanced Pro, 5G and network virtualization, and with Caribbean and Latin America (CALA) operators focused on LTE deployments, the industry is gearing up to support new use cases leveraging networks, particularly in the area of Internet of Things (IoT), says Chris Antlitz, telecom senior analyst and Dan Callahan, IoT analyst at TBR.

Concurrently, operators face the challenge of navigating the sometimes adverse regulatory environment and securing adequate spectrum to support their initiatives. Fortunately for operators, advancements in radio interface technology enable the use of millimeter frequencies at the access layer, opening up a vast tranche of new spectrum to carry network traffic, which will help telecom operators not only support their existing businesses but also add new businesses that leverage their networks.

More than 50 representatives from well-known operators and vendors attended the annual 5G Americas event to talk with more than 70 top-tier industry analysts about the state of wireless communications in North America and Latin America as well as discuss challenges and opportunities presented by the rapid development of the mobile ecosystem. 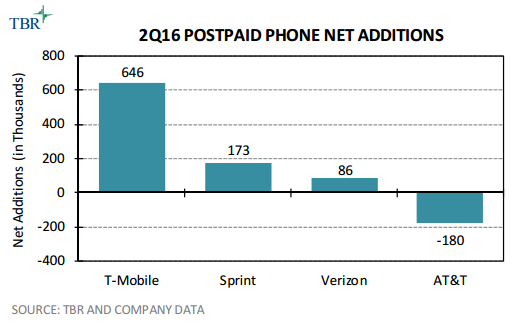 The event kicked off with Jose Otero, director of CALA for 5G Americas, providing a special session on the CALA market. His presentation provided an update on the CALA telecom market and focused on LTE deployments and spectrum challenges. A panel of representatives from CALA-based operators and vendors took to the stage after Otero’s overview to provide insights into the regulatory framework, 5G and IoT in the region. The key takeaway was that LTE is growing rapidly across most countries in CALA, but more spectrum, along with fiber optics, is needed to support traffic growth, particularly as data usage ramps up.

Day 2 began with a keynote from 5G Americas Chairman Tom Keathley, who emphasized how fast the LTE ecosystem has developed in North America and globally as well as how there is more room for LTE to evolve using LTE-Advanced and LTE-Advanced Pro features. Keathley also highlighted NFV/SDN, IoT, spectrum and 5G as major drivers of the wireless ecosystem going forward. The keynote was followed by a presentation by Brian Daly, director of Core & Government Regulatory Standards at AT&T, who provided a global status update on 5G. The key takeaway was that, though the telecom industry still does not know what 5G will ultimately become, the 5G ecosystem has developed substantially in one year, and several operators intend to begin deploying the technology a couple of years before standards-based 5G is finalized in 2020.

Following Daly’s 5G update, a mix of panels and small group discussions delved deeper into key industry topics, including 5G, IoT, NFV and SDN, LTE-Advanced, small cells, and network security. Of particular interest to the analyst community was greater insight on 5G because this technology will prove critical to helping operators deal with the exponential rise in network traffic and bring new business models to market.

The lack of spectrum allocated for commercial use in CALA is hampering the proliferation of LTE in most markets in the region as well as operators’ ability to densify existing networks. Though governments are clearing the path for more spectrum to be auctioned off, the prices they want continue to increase, creating a conundrum for operators that are facing declining gross domestic product (GDP) growth and lower EBITDA margins in key markets such as Brazil and Argentina. More spectrum is required for operators to migrate to LTE platforms and bolster their data businesses, and the more they have to pay for spectrum, the less capital they will have available for Capex, creating a paradox that needs to be worked through.

There are a couple of ways the region can accelerate development:

create a more robust secondary market for spectrum or allow some operator consolidation with requirements to commit to network development milestones.

LTE is here to stay, even with 5G on the horizon

A pervasive theme from the event was that LTE still has substantial runway and will remain relevant well beyond 2020, even in markets that aggressively deploy 5G. LTE will remain the foundational network standard and provide the base layer for all communications, with 5G serving as an overlay where capacity enhancement and or lower latencies are required. LTE will also be leveraged for traffic fallback from 5G and will become the de facto coverage layer of the network due to its better signal propagation attributes compared to 5G. LTE is evolving to LTEAdvanced and LTE-Advanced Pro feature sets, which include technologies such as 4×4 MIMO, VoLTE and carrier aggregation that carriers in the U.S. and elsewhere are aggressively deploying.

Though the telecom industry still does not know exactly what 5G will become, it is in agreement that a primary driver of 5G will be the need for more spectrum to support future network traffic. The opening up of millimeter wave frequency bands for telecommunications provides new wireless pipes to carry network traffic, and this spectrum will also enable the delivery of high-bandwidth broadband and low latency services. Licensed millimeter wave spectrum will begin to be auctioned off in the U.S. before 2020, with some unlicensed bands already available for commercial use. The secondary driver of 5G will be for new business development, particularly in the IoT space, whereby operators will leverage the high-bandwidth and low latency 5G provides for specific use cases.

Virtual reality and autonomous cars are two use case examples where LTE is insufficient and 5G’s attributes will be required.

One of the key issues facing broad-based adoption of NFV and SDN is the lack of robust management and orchestration (MANO) platforms, which is critical to realizing the promises of NFV/SDN, namely Opex and Capex reduction as well as new revenue-generating opportunities. Though the European Telecommunications Standards Institute defines and has standards around MANO, there are a variety of open-source and commercial MANO options in the market currently, including AT&T’s brainchild ECOMP. TBR believes there will be a round of consolidation in the MANO space as operators rally around a few major MANO platforms, which will then lead to an acceleration in NFV/SDN adoption. AT&T’s decision to open source part of ECOMP and leverage Amdocs to take the platform globally will hasten ecosystem development.

5G will provide the foundation for next-generation IoT

While the IoT market will not wait for standards-based 5G once it comes to fruition in 2020, the technology will provide high-bandwidth, low latency machine-to-machine communication, which will be critical for precise IoT.

5G’s connectivity potential is becoming important as bandwidth and latency needs are heightened due to the emergence of more numerous and complex use cases. Also, as the market moves closer to centralized analytics, it will call for connectivity solutions that can handle the densification of data on the network. Examples of precise IoT include autonomous vehicles, which will need immediate instruction and correction while in operation, or other use cases, such as safety in smart cities or exception monitoring in smart health, all of which require low latency and drive 5G demand. However, the need for precise connectivity can also be seen in less obvious verticals such as manufacturing. For example, the lack of immediate correction for a robotic arm on a manufacturing line, delivered from instruction from a centralized IoT solution, could lead to a damaged product, delayed time to market or human harm.

Until standards-based 5G is released, LTE-M and NB-IoT, both approved by the 3GPP, will be leveraged as the workhorse standards for IoT. NB-IoT, which is about one year behind LTE-M, will provide substantial reach, including significant penetration of buildings or subterranean locations, and extremely low battery use, allowing a sensor to be unmaintained for up to 10 years. However, NB-IoT only delivers one-way communication. LTE-M offers similar features, though to a lesser degree, but allows two-way communication and over-the-air updates.

This makes LTE-M a powerful standard as operators move to software-defined gateways maintained and updated remotely. LTE-M will be a software update to existing infrastructure for most carriers, making it relatively painless to implement. TBR believes LTE-M will last long into 5G’s emergence due to the latter’s relatively high initial cost and infrastructure build-out.

CALA’s largest roadblock to IoT will be challenges in proliferating LTE and other connectivity advancements. Connectivity is central to IoT, and without a mature infrastructure base supporting it, the ability for enterprises in the region to connect things to centralized analytics is hampered. As of 1Q16, average LTE penetration in CALA was only 11.35 percent. The lag in connectivity technologies in the region stems from challenging macroeconomic conditions; lagging technology policy; the varied regulations across the many countries within the region, making unified networks difficult; and governments increasing tariffs on spectrum prices, making connectivity build-outs less profitable.

Despite these challenges, some governments in CALA are realizing they need to increase global commercial competitiveness, especially as technology from North America begins to spill over, and connectivity build-outs form the backbone for regional advancement. Most of the initial connectivity innovation in CALA will stem from “public-private partnerships” where governments offer support and discounts for private company infrastructure build-outs in return for private sector support in public verticals. For example, private companies will implement connectivity and IoT solutions in public use cases such as safety, water management or education in return for government support. Due to this, unlike in North America where private industry use cases are setting the example for public sector IoT, in Latin America public sector IoT deployments will lay the foundation for the expansion of IoT into the private sector. The governments of Mexico, Brazil, Peru and Colombia will drive IoT investment in the region. The advancements in these countries are likely to spill over into, or encourage, neighboring countries.

Though 5G dominates the conversation, LTE has been and will continue to play a key role in the networks of the future. New innovations in the LTE standard will keep the technology relevant as operators overlay 5G and undergo transformation to bring new business models to market. The key challenge going forward is ensuring sufficient spectrum is allocated to support these transformations, which is an issue 5G Americas, in conjunction with other industry stakeholders, will continue to tackle. 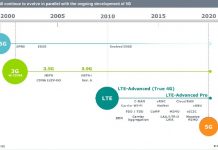 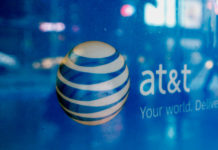 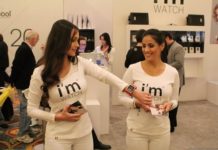