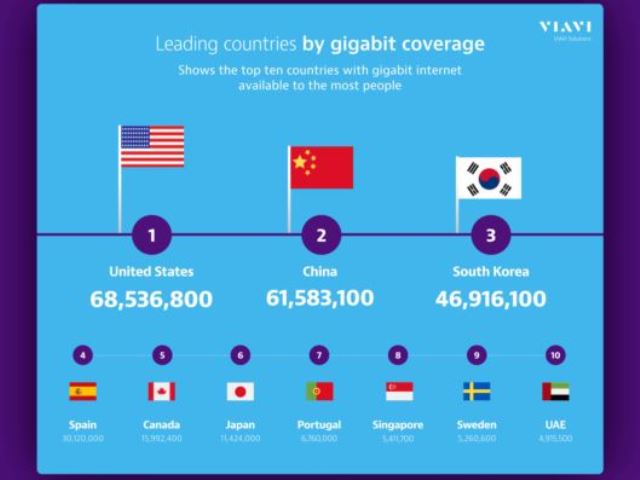 The United States is the global leader in gigabit Internet space, with gigabit internet available to 68.5 million people, an additional 4 million since August 2018.

South Korea has gigabit coverage for 46.9 million, Spain has 30.1 million and Canada has 15.9 million.

Singapore remains the global leader with gigabit internet available to 95 percent of its population.

Two new gigabit countries — Bahrain and Malaysia — have come online, in the last 12 months. This has slowed since last year when eight joined the ranks of gigabit internet countries.

“We are seeing a gradual shift away from wired gigabit internet provision toward wireless technologies,” said Sameh Yamany, chief technology officer of VIAVI. “Yet even with the global rise of 5G networks, the importance of testing and troubleshooting fiber will remain paramount as mobile operators deploy more fiber-based network infrastructure.”