Oil India is likely to approach the TDSAT against the telecom department (DoT) that sought about Rs 48,500 crore in dues on the surplus bandwidth capacity it leased to third parties, PTI reported.

Following the Supreme Court ruling of October 24, 2019 that non-telecom revenues should be included for considering payments of the government dues by firms holding any sort of telecom license, the Department of Telecommunications (DoT) slapped Rs 1.47 lakh crore demand on mobile phone operators such as Bharti Airtel and Vodafone Idea and another Rs 2.7 lakh crore from non-telecom firms.

Non-telecom firms such as OIL, GAIL and PowerGrid filed clarificatory petition on applicability of the October 24 order on them, but the apex court on February 14 asked them to approach the appropriate authority.

“As per our licence condition, any dispute has to be referred to TDSAT and so we will be approaching TDSAT within a week’s time,” OIL India Chairman and Managing Director Sushil Chandra Mishra has said.

India’s Supreme Court had pulled up the DoT for not enforcing its October 24 order that gave telcos three months’ time to pay dues. Hours later, the DoT sent notices to Airtel and Vodafone Idea asking them to clear dues immediately but hadn’t so far raised such demand with non-telecom companies.

But after the October 24 Supreme Court ruling for including non-telecom revenues for calculating dues, the DoT included all revenues from oil and gas to seek Rs 48,489 crore from the company for the period from 2007-08 to 2018-19.

OIL believes that the October 24 judgement was not applicable to the company and had represented to the DoT stating that the demand raised is not sustainable either in law or on facts as the nature of licence in case of telecom service providers is different and distinct from the licences given to the company, Mishra said.

In case of GAIL, which held a IP-II licence, the DoT assessed Rs 1,83,076 crore as dues after including interest and penalty computed on the entire revenue of the company.

PowerGrid, which holds NLD and Internet Service Provider (ISP) licences, was asked to pay Rs 21,953.65 crore (including interest and penalty) for FY 2012-13 to FY 2017-18 by adding revenue related to power transmission and consultancy as ‘miscellaneous income’ in adjusted gross revenue, company sources said, adding the firm will approach the TDSAT in next few days. 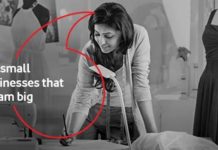 How Vodafone Idea will suffer after SC verdict on AGR dues