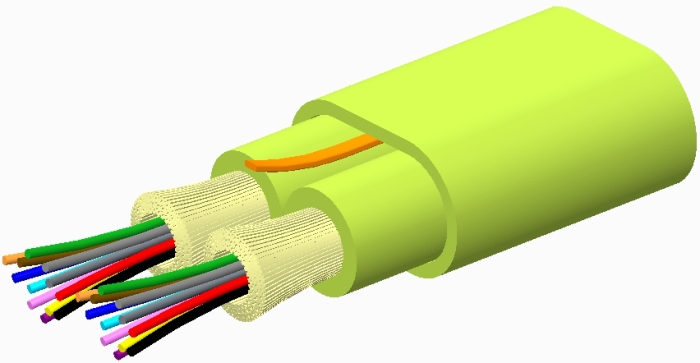 The optical fiber investment continues to grow in France from end to end, driven by lucrative offers from Orange and SFR and supported by investment for better coverage options.

Network infrastructure investment and fixed / mobile convergence will be the two prominent trends for the telecoms across Europe over the coming five years. Laying the foundation for next generation infrastructure will also be one of the principle strategies for the start of 5G mobile technologies.

The net customer base of very high speed networks in 2015 in France with speeds of 30 Mb/s and more, including broadband technology platforms such as FTTH, FTTB, coaxial termination SFR and VDSL2, sum up to 4.3 million subscribers, increasing at 44 percent annually.

French telecom regulator ARCEP published the figures covering fixed broadband market at the end of the fourth quarter of 2015. In the time span of three months, around 583,000 homes have been connected with fiber technology.

The deployment of fiber optic networks in France posed many issues last year. Even then, the operators have not been discouraged and by the end of 2015, more than 5.8 million households have been enabled to deploy a subscription of FTTH (fiber throughout).

In parallel, the total number of subscribers currently using an FTTH connection to receive high speed broadband rose to 1.425 million, according to figures from ARCEP.

The number of high speed broadband subscriptions with a connection speed equal or greater than 30 Mbits/s rose in Q4 2015 with 78,000 more lines than in the previous quarter, and by 1.3 million over the last year.

Subscriptions to a superfast access plan, with a connection speed of 100 Mbit/s and upwards, increased by 240,000 during the quarter including an additional 170,000 subscriptions to FTTH connections.

At the end of last year, 14.5 million households were eligible for a superfast broadband service, an increment of 9 percent, with the most consequent part being the fiber with coaxial termination SFR, with 8.8 million connections taken.

In terms of subscribers, the THD has regrouped 4.265 million homes showcasing an increase of 385,000 units over the quarter.

Of the 5.6 million homes connected by FTTH, 2.2 million are located outside very high-density areas, and 881,000 are being served by public-initiative networks (PIN). Growth for PIN coverage was especially strong this quarter with 17 percent increase.

Also noteworthy is that FTTH rollouts outside very high-density areas of 367,000 were more substantial than in very high density areas at 217,000.

In total, the number of fixed broadband and superfast broadband subscriptions in France added up at 26.9 million at the end of Q4 2015, which marks an increase of 290,000 over the previous quarter and of 990,000 for the year.

Orange has announced to spend more than 15 billion Euros on upgrading fixed and mobile infrastructure across Europe, and says there’s still “so much more to come” from LTE, according to Deputy CEO Gervais Pellissier. Also, since the start of 2016, Orange is in discussion with Bouygues Group, which suffered in the price war, to combine the two French networks.

On the other hand, SFR has this month launched a promotion deal for its Red brand. The first 100,000 clients to sign up to one of two deals will gain a substantial price reductions. The user has to pay EUR 15 instead of EUR 25.99 a month for voice, messaging, and 15 GB data. Red is also offering its 500 MB plan for EUR 5 instead of EUR 12.99 a month.

This performance is attributable to France Very Broadband Plan, which was launched in 2013. The initiative which has been based primarily on the deployment of FTTH networks connected the fiber directly to the subscriber’s home.

Amounting to EUR 20 billion, this plan has been based on coordinated action between the public and private sectors. It aims to cover the entire territory with broadband and plans to allow at least 80 percent of homes to be eligible to fiber networks by 2022.