Intel also announced that its multimode-multiband LTE solution will ship in the first half of this year.

In less than a year’s time, the company’s partners have launched Intel-based smartphones in more than 20 countries. 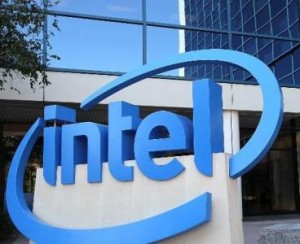 Hermann Eul, Intel vice president and co-general manager of the Mobile and Communications Group, says that its product delivers double the compute performance and up to three times the graphics capabilities1, all while maintaining competitive low power.

The new Atom platform brings imaging capabilities, including support for two cameras, with a primary camera sensor up to 16 megapixels. The imaging system enables panorama capture, a 15 frame-per-second burst mode for 8 megapixel photos, real-time facial detection and recognition, and mobile HDR image capture with de-ghosting for clearer pictures in flight.

Intel is currently shipping its single mode 4G LTE data solution and will begin multimode shipments later in the first half of this year. The company is also optimizing its LTE solutions concurrently with its SoC roadmap to ensure the delivery of leading-edge low-power combined solutions to the marketplace.

Since it was first announced at CES, Acer (Thailand, Malaysia), Lava (India) and Safaricom (Kenya) have all announced new handsets.

Etisalat Misr, an operator based in Egypt and a subsidiary of Etisalat group UAE, in collaboration with Intel announced plans for the Etisalat E-20 Smartphone with Intel Inside.

Set to debut in Egypt in April, the Intel-based handset will be the first in the Middle East and North Africa region, and the second introduction in Africa to-date, building on the recent launch of Safaricom in Kenya.

Intel’s first quad-core Atom SoC (Bay Trail) will be the most powerful Atom processor to-date — doubling the computing performance of Intel’s current- generation tablet offering and providing the ecosystem with a strong technology foundation and feature set from which to innovate.

The Bay Trail platform, scheduled to be available for holiday 2013, is already running on Windows and Android and will help enable new experiences in designs as thin as 8mm that have all-day battery life and weeks of standby.