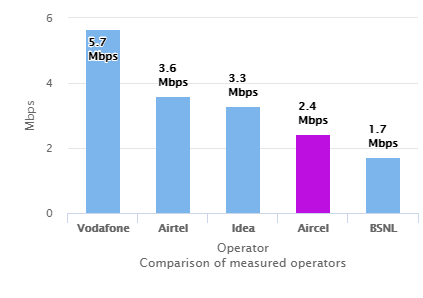 TRAI’s myspeed app has released the latest 3G network speed of operators such as Airtel, Idea Cellular, Vodafone and BSNL.

The chart for July 2017 from TRAI indicates that Vodafone has an average 3G speed of 5.7 Mbps in India. 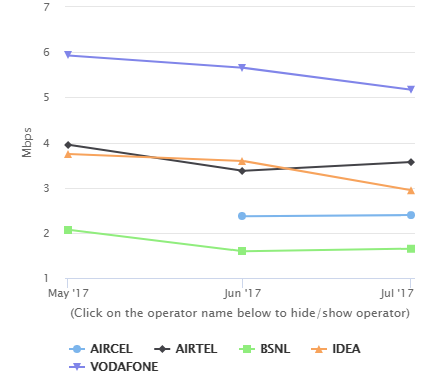 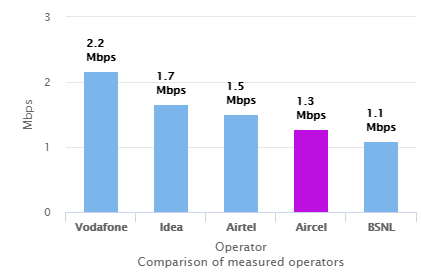 In terms of 3G upload speed, Vodafone India is again the leader in India with 2.2 Mbps speed. 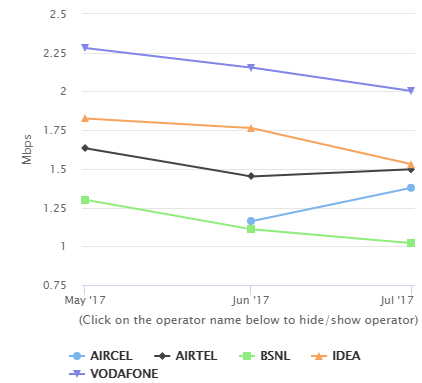