Baburajan K’s Telecom Blog: We never covered 2G scam comprehensively in the past. Our reports were mainly on the business impact due to the spectrum related issues. In fact, TelecomLead.com was the first media to assess the impact on revenue and Capex due to the scandal.

In the recent past, we received several enquiries asking us to share my views on 2G scam. We did not cover this topic because we earlier thought we will be a B2B online portal for the telecom industry. Our media friends and telecom CEOs said – you write for the telecom professionals. So, there’s more clarity in our editorial goals now. This thought process will reflect in our other digital media as well — InfotechLead.com, an IT portal for enterprises, and GreentechLead.com, single source for green technologies.

I need not think twice before giving inputs to the main question — Why PM Manmohan Singh should take responsibility for 2G scam?

I am trying to make it very simple. Since our readers know (but may not have read as an opinion item), I am putting in a couple of lines.

1)     A CEO is responsible for any action which is damaging / has already damaged assets / reputation of any enterprise.

In the 2G scam (hope there’s wrong doing), A Raja was responsible to the cabinet that’s headed by PM Manmohan Singh. Though the PM’s under pressure to perform, despite pressure from partners, he should take responsibility for ex-telecom minister A Raja’s action. We have seen CEOs losing jobs in global ICT market. There are several examples. Here the board (Congress Working Committee) did not the ask CEO to step down. But gave “outstanding” in several appraisals in the recent past.

2)   PM Manmohan Singh was silent for some time

The picture (sourced from ibnlive.in.com) may tell the truth. Our PM did not take any action despite hue and cry from the entire world on the 2G issue. PM did not even sack the Cabinet, EGOM, etc.

3)   There was no action for repairing damage

The 2G scam happened several years ago. After the scam broke out, Indian ministers could have taken measures to reduce damage. Instead, our PM did not consider this as a substantial damage to the telecom industry and tried to sit on files without taking any action to correct the system.

4)   Can the Cabinet become pro-active?

During the debate among JPC, CBI, Supreme Court and CAG, India’s Cabinet and opposition parties forgot to remember one thing: It was their duty to protect the industry’s concerns and become pro-active to improve mobile industry’s confidence in the system. 2G became a political agenda than an industrial problem for many. Karunanidhi and team lost one major election in Tamil Nadu. The 2G scam still has the potential to remove our government at the Center. But we saw several thousands of people losing jobs due to the 2G scam.

Ever since the Supreme Court – the famous 02-02-2012 verdict to kill telecom license holders – PM Manmohan Singh had several opportunities to guide the Apex court. India’s PM was silent here as well. As current telecom minister Kapil Sibal said recently: “Supreme Court, CAG and lack of support from telecom operators impacted the wireless industry.” PM could have supported us. India’s PM is the most intelligent. If the PM thinks that he does not have a magic wand to find solutions for all issues, it will not work. 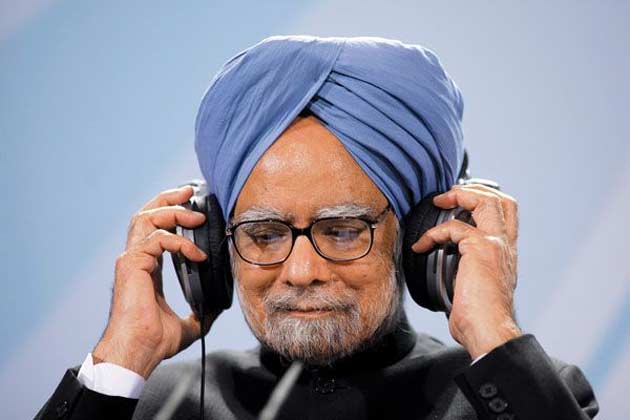 An Indian media reported that JPC report leak a ploy to save Manmohan Singh & P Chidambaram?

The BJP had decided not to quit the JPC despite the manner in which PC Chacko blocked the demand for summoning Singh and P Chidambaram, and to concede to Raja’s demand to appear before the committee.

The BJP members wanted to give their dissent notes because they apprehended that the majority report will not nail the government’s complicity in the scam. The BJP did not want the Congress members to get away with the majority report.

Hope the truth will come out soon – before the 2014 elections. PM can take responsibility anytime before 2014, though he’s already late to do so.

Who knows that PM may emerge as the front runner in 2014 to take India to the next level. If AK Advani or Gujarat CM Modi — both have ignited Indians through their communal remarks — can be considered for top positions, anything can happen in India. The present scenario can be changed if you respond more.

So, do not forget to share your comments. Write to us. Spread your opinion through our / your social media pages. As mentioned earlier, we are writing for telecom industry professionals.