Telecom Lead India: IDC forecasts that Google Android’s market share in mobile OS will drop to 63.8 percent in 2016 from 68.3 percent in 2012. Microsoft Windows Phone’s share will grow to 11.4 percent from 2.6 percent during the period. 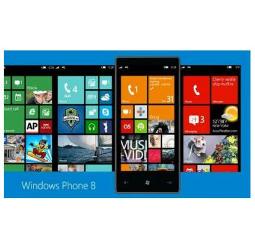 IDC forecasts Android to be the clear leader in the smartphone mobile operating system race, thanks in large part to a broad selection of devices from a wide range of partners.

Samsung is the leading Android smartphone seller though resurgent smartphone vendors LG Electronics and Sony are not to be overlooked.

iOS will maintain its position as the clear number two platform behind Android at the end of 2012 and throughout the forecast. The high price point of the iPhone relative to other smartphones will make it cost prohibitive for some users within many emerging markets.

To maintain current growth rates, Apple will need to examine the possibility of offering less expensive models, similar to its iPod line.

The BlackBerry OS will grow slowly but largely maintain share over the coming years following the BlackBerry 10 launch next year. The new operating system and devices will be valued by some longtime BlackBerry fans, particularly those who have waited for the new OS as Research In Motion delayed its release.

This will allow the company to maintain pockets of strength in higher-growth emerging markets such as Indonesia and various Latin American countries. But, as with many other new platforms, the success of BB 10 will be partly dependent upon channel advocacy, like sales associates who can effectively tell the BlackBerry story.

Windows Phone will battle with BlackBerry for the number three spot in 2013, but will gain further clarity in the years that follow.

Windows Phone will build on the progress it made in 2012, with Nokia establishing its presence and HTC solidly jumping back into the race. Moreover, contributions by Samsung, ZTE, and Huawei will help grow its footprint.

Linux will trail the market leaders throughout our forecast though it is expected to be the dark horse of the forecast. K-Touch has quietly built its Linux volumes this year while Haier recently released its first Linux smartphones.

In addition, multiple platforms are expected to announce and launch their Linux-based smartphones in 2013, including Samsung’s Tizen and Jolla’s SailFish. Benefiting these platforms are their ties to previous platforms from the LiMo Foundation and Nokia’s MeeGo, which could lead to greater developer interest.

Ramon Llamas, research manager with IDC’s Mobile Phone team, said: “Android is expected to stay in front, but we also expect it to be the biggest target for competing operating systems to grab market share. At the same time, Windows Phone stands to gain the most market share as its smartphone and carrier partners have gained valuable experience in selling the differentiated experience Windows Phone has to offer. What bears close observation is how BlackBerry’s new platform, BlackBerry 10, and multiple versions of Linux will affect the market once the devices running these systems are available.”