Telecom Lead Asia: Indian resources at Google’s Motorola Mobility unit will be affected significantly as the company will cut 1,200 jobs or 10 percent of its global workforce.

This is the second round of job cut at Motorola Mobility after the phone business was acquired by Google.

According a Wall Street Journal report, the fresh round of layoffs come on top of 4,000 jobs Google eliminated at Motorola Mobility in August as the Internet search giant seeks to make more smartphones and fewer simple handsets.

Google’s specific job cut plan for India is not immediately available. The report says that the decision will affect workers in the United States, China and India.

Google bought the money-losing cellphone maker for $12.5 billion last year aiming to use Motorola Mobility’s patents to fend off legal attacks on its Android mobile platform and expand beyond its software business. 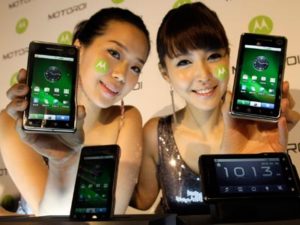 “Our costs are too high, we’re operating in markets where we’re not competitive and we’re losing money,” Motorola said in an internal mail.

Motorola is not in the top 5 list of phone vendors in India. The internet advertising and research giant recently admitted that Google’s Motorola smartphones do not have the “wow” factor.

Though Google is benefiting from the emergence of a strong multi-screen world, it is less focusing on mobile handset business.

Announcing the Q4 2012 result, Google CEO Larry Page said: “Revenues were up 36 percent year-on-year, and 8 percent quarter-on-quarter. And we hit $50 billion in revenues for the first time last year – not a bad achievement in just a decade and a half. In today’s multi-screen world we face tremendous opportunities as a technology company focused on user benefit. It’s an incredibly exciting time to be at Google.”

In December 2012, Google entered into an agreement with Arris Group and certain other persons to sell the Motorola Home business for approximately $2.35 billion in cash and stock