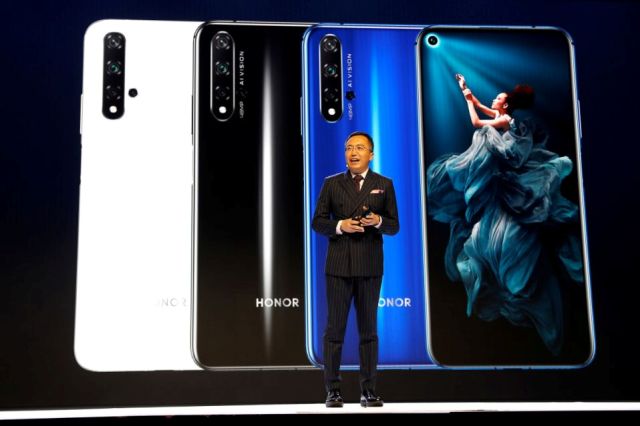 Huawei had sold Honor to a consortium of 30 of the sub-brand’s agents and dealers in November to help it resume sourcing technology components restricted by U.S. sanctions.

Honor chief executive officer George Zhao launched the View40, Honor’s first phone model since the split. Honor said in a statement it now had its own deals with some tech firms. These include AMD, MediaTek, Micron Technology, Microsoft, Samsung, SK Hynix, Sony, Intel and Qualcomm.

“The last five months have been an extremely difficult but meaningful time for Honor,” Zhao said. “We feel the weight of expectation from industry partners and consumers.”

Under Huawei, Honor focused on the budget end of the phone spectrum, but it will aim to move into the middle and higher tier market and expand overseas, Zhao said.

“They wanted to show they are Huawei reborn so that customers can trust them to have the same quality Huawei was aiming for,” said Nicole Peng, VP of Mobility at Canalys, a consultancy.

Honor shipped 13.3 million phones in the third quarter of last year, making up just over a quarter of Huawei’s total shipments, according to Canalys.

Honor’s roughly 8,000 staff has moved out of Huawei’s offices to a new headquarters also in the southern city of Shenzhen. Around 50 percent were involved in R&D, Zhao said.