The Chinese telecom gear marker — the 4th biggest manufacturer of handsets in the world — will aim at taking on Nokia and Huawei. Huawei is gearing up to launch more cost effective smartphones on Microsoft Windows OS. It recently unveiled one budget phone in Africa. Nokia has already announced cost effective Lumia range for emerging telecom markets.

ZTE on Monday said it would target 30 percent increase in smartphone revenues in 2013. It will also aim at maintaining its position as one of the top 4 global handset manufacturers.

In association with Telefónica, ZTE will first launch the ZTE Open — an entry-level smartphone for young people — in Spain, Venezuela and Colombia in mid-2013. 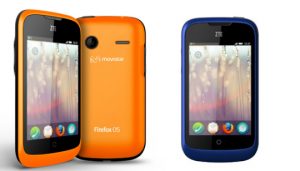 Marieta del Rivero, group devices director, Telefónica, said: “We expect that the combination of accessible cost and a rich, open and dynamic smartphone experience will make the ZTE Open very attractive for our customers, especially young people, in these key Telefónica markets.”

“Windows Phone, BlackBerry 10, and Tizen all look like better bets on the surface. As such, the Mozilla Foundation and its early sponsors, especially Telefonica, deserve considerable credit,” said Tony Cripps,  principal device analyst at Ovum.

Mozilla’s Firefox OS is HTML5-based and open source so ZTE Open users will be able to run Web apps and view their favourite websites without losing any of the features they love. This includes dynamic content and features such as more personalised search services.

Mozilla’s Firefox OS is free from restrictions. It provides a high-speed open standards platform perfect for developers looking to create HTML5-based websites and apps. Developers will be able to distribute their apps through the Firefox Marketplace.