Huawei CFO and deputy chairwoman Meng Wanzhou, also known as Sabrina Meng, has been arrested in Canada under the pressure from the US government for potential violations of Iran sanctions, CNN reported. 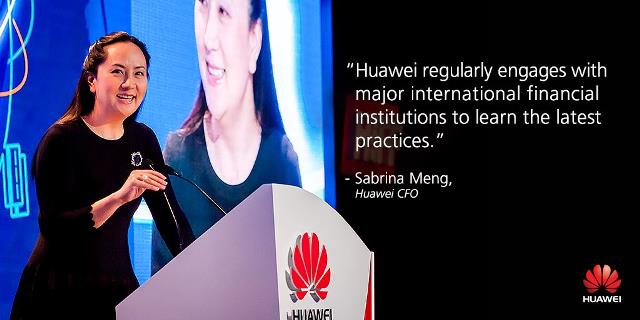 The high-profile executive Sabrina Meng, who joined Huawei in 1993, is the daughter of Huawei founder Ren Zhengfei.

A Huawei spokesperson said Sarbina Meng was detained by Canadian authorities on behalf of the United States when she was transferring flights in Canada.

Huawei said she faces unspecified charges in the Eastern District of New York. The Wall Street Journal reported in April that the US Justice Department was investigating whether Huawei violated US sanctions on Iran.

Shenzhen-based Huawei is under pressure to prove its 5G equipment will not pose security threats to governments. The United States is concerned that the Chinese government could be using Huawei’s telecommunication networking technology to spy on Americans.

The U.S. and Australia have already barred Huawei 5G telecommunications and last week New Zealand blocked the first request from one of its wireless carriers to install the Chinese company’s equipment on its 5G network, citing a significant network security risk.

BT yesterday said it will not consider Huawei for core of the 5G network and will remove the Chinese equipment maker from its 4G network as well. BT did not cite any security threat as the reason for the development.

Huawei earlier said that its equipment is trusted by customers in 170 countries and by 46 of the world’s 50 largest telecommunications companies.

Huawei’s rival ZTE also faced accusations of illegal dealings with Iran. The United States in April blocked ZTE from buying components from US technology companies. The Donald Trump administration said that top ZTE management lied to US officials about punishing employees who violated US sanctions against North Korea and Iran.

ZTE, the fourth largest telecom equipment maker, lost considerable business due to the decision of the US government. The decision had also negatively impacted revenue of some of the leading US technology companies as they could not supply components to ZTE for several months.

“Huawei has direct ties to the Chinese government and Communist Party, has long posed a serious risk to US national security, and I continue to urge Canada to reconsider Huawei’s inclusion in any aspect of its 5G development, introduction, and maintenance,” Rubio said in a statement.