Telecom network equipment maker Nokia has recruited 350 staff in Finland this year, 240 in its mobile networks unit and many dedicated to developing SoC (system on chip) integrated circuits – a key element for its 5G equipment.

The Finnish company, rival to Sweden’s Ericsson and China’s Huawei, has slashed its 2019 and 2020 profit outlook last week, saying profits would come under pressure as the company spends more to fend off rivals in the fast-growing 5G networks business, Reuters reported.

“It is true that we have hired 5G development personnel lately, not only in Oulu but also in Tampere and Espoo,” the head of Nokia’s networks unit Tommi Uitto was quoted saying in Finland’s largest daily Helsingin Sanomat. 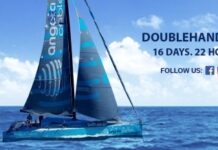