UK has postponed a decision on whether Huawei could participate in building 5G mobile networks until it receives a clearer picture of the impact of U.S. measures taken against the Chinese company. 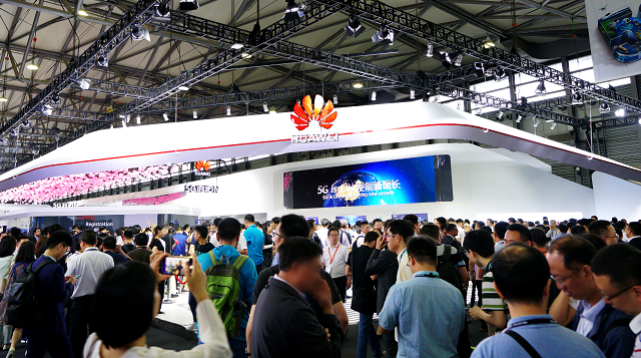 “These measures could have a potential impact on the future availability and reliability of Huawei’s products, together with other market impacts, and so are relevant considerations in determining Huawei’s involvement in the network,” Digital Minister Jeremy Wright told parliament.

Huawei, the world’s largest telecoms equipment maker and the third largest smartphone vendor, will be announcing its financial result this month.

The United States has threatened to cut off intelligence sharing with allies including UK who use Huawei equipment.

The Donald Trump administration put Huawei on a blacklist in May, citing national security concerns, barring U.S. chipmakers and software companies from supplying components and services to the Chinese firm.

Britain’s National Security Council, chaired by Prime Minister Theresa May, discussed the issue in April and decided in principle to block Huawei from critical parts of the 5G network but give it limited access to less sensitive parts, Reuters reported.

The resignation of Theresa May has also impacted the government from taking a final decision on the Huawei issue.

Wright said Britain could decide to ban Huawei from the 5G network completely, a move telecom operators have said would delay the roll out of services and significantly add to costs.

BT-owned EE launched its 5G network, which relies in part on Huawei’s equipment, in May. Vodafone has also started UK 5G services.

“It is of course a possibility and remains so that the government may decide that an outright ban on Huawei equipment in the 5G network is the appropriate course of action,” Wright said.

The opposition Labour Party’s digital spokesman Tom Watson said a ban on Huawei products could significantly delay the roll out of 5G technology that will underpin tomorrow’s economy.

Wright said regulation to enforce cyber security risks had to be significantly strengthened and there had to be a wider range of suppliers to reduce reliance on just a single company in any one network.

The main alternatives to Huawei, whose equipment is subject to additional security checks in Britain, are Ericsson and Nokia.

Huawei said the review gave it confidence that it could continue to work with British network operators to roll out 5G.

Huawei Vice President Victor Zhang said in a statement: “After 18 years of operating in the UK, we remain committed to supporting BT, EE, Vodafone and other partners build secure, reliable networks.”

Huawei Technologies said it is slashing more than 600 jobs at its Futurewei Technologies research arm in the United States after being placed on a trade blacklist by the U.S. government.

Futurewei was set up in part to work closely with U.S. universities and researchers. In 2018, its operating cost was $510 million, Huawei said. Futurewei has offices in Silicon Valley and the greater Seattle, Chicago and Dallas areas.

It has filed more than 2,100 patents in such areas as telecommunications, 5G cellular networks, and video and camera technologies.