Tweet
Share
Share
Pin
Verizon Wireless prepares in advance and acts quickly when faced with severe spring weather to ensure its customers have continued access to the wireless communications they rely upon when they need it most.
With floods anticipated in eastern North Dakota and northwestern Minnesota this month, Verizon Wireless prepared for expected spikes in call volume by increasing its call capacity 25 percent at its facilities in Fargo, Grand Forks, Warsaw and Wahpeton, N.D., along the Red River; in Hillsboro and Mayville, N.D., along the Goose River; and in Crookston, Minn., along the Red Lake River.
In addition, when the Red River crested this month, Verizon Wireless activated a temporary cell site in Oakport, Minn., to increase call capacity in the area and equipped the North Dakota National Guard, the Minnesota National Guard, and other first responder organizations with cell phones and 3G data cards for email and Internet access to support their emergency response activities.
Verizon Wireless also has turned up new cell sites in the flood-prone communities of Harrison County, Ky., and Gaylord, Mich.  New cell sites in both locations are equipped with permanent backup generators that can keep cell sites operating even when commercial power is lost.
Over the past two weeks, Verizon Wireless also announced network enhancements elsewhere across the U.S.
The Verizon Wireless 3G wireless network carries data sessions for customers using the latest wireless devices and smartphones, including the new iPhone 4 from Verizon Wireless. Verizon Wireless network enhancements are part of the company’s aggressive annual network capital investment program to stay ahead of the growing demand for voice and data services.  The company has invested more than $65 billion in its nationwide network since it was formed $6 billion on average every year.
Verizon Wireless operates the nation’s fastest and most advanced 4G network and largest and most reliable 3G network, and serves more than 94 million customers. 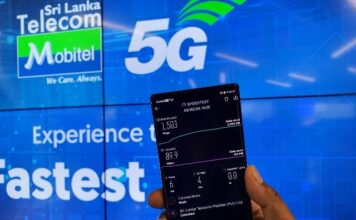