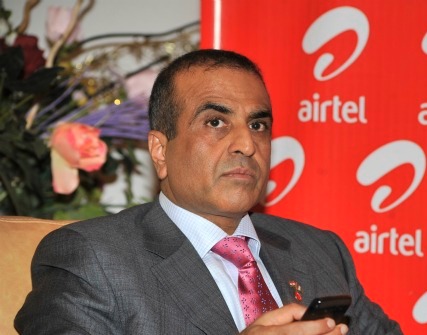 The spectrum deal between Sunil Mittal’s Bharti Airtel and Venugopal Dhoot’s Videocon Telecom is the first major agreement after the India government liberalised the trading and sharing of scarce airwaves among operators in the month of November.

“Bharti Airtel has entered into a definitive agreement with Videocon Telecommunications to acquire, at an aggregate consideration of Rs 4,428 crore, the rights to use 2×5 MHz spectrum in the 1,800 MHz Band,” the company said in a regulatory filing on Thursday.

The six circles are Bihar, Haryana, Madhya Pradesh, Uttar Pradesh (East), Uttar Pradesh (West) and Gujarat. The spectrum allocation in these circles is valid till December 18, 2032.

Idea Cellular, a company promoted by Kumar Mangalam Birla, terminated its spectrum trading agreement with Videocon Telecom for its Gujarat and Uttar Pradesh (West) circle. Idea Cellular, one day before this announcement, said it is on track to achieve the 4G roll out in 750 towns across the country.

Earlier, Reliance Communications, promoted by Anil Ambani, had announced that it has signed a deal for trading and sharing of airwaves with Reliance Jio Infocomm in the 800 MHz band, covering virtually the entire country. A roaming deal was also on the cards, IANS reported.

Idea Cellular subscriber base increased by 14.63 lakh to take its overall base to 17.46 crore, with a market share of 22.72 percent, PTI reported.

Aircel added 6.10 lakh subscribers and its base increased to 8.66 crore, whereas Telenor added 2.50 lakh customers to take its base to 5.16 crore at the end of February.

Videocon Telecom lost 17,917 subscribers during the period and its base decreased to 67.27 lakh.