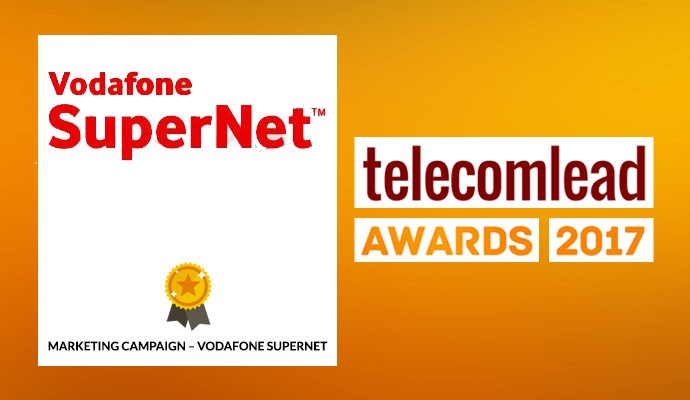 The jury of TelecomLead Awards 2017 has decided to present TelecomLead Marketing Campaign award to Vodafone SuperNet campaign for engaging with mobile Internet users and ensuring the growth of Vodafone.

Though 4G was the buzz in telecom circles, the technology could not make deep impact among the normal users thanks to lack of supporting infrastructure and non-availability of compatible devices. While competitors bet on 4G campaigns, Vodafone pursued a different approach by reinventing a “Super” network leveraging both 3G and 4G. The idea was to deliver the best network experience to users regardless of the technology they are using. This campaign helped Vodafone regain its leadership in intention to purchase (Consideration) and increased Vodafone’s share of broadband (3G/4G) subscribers, despite having limited 4G capability. Vodafone market share of broadband subscribers (3G/4G) grew by 10 percent. Vodafone’s data revenue was increased by 7.8 percent during the campaign period. Vodafone added exponentially (2X) more broadband subscribers than its immediate competitor during campaign period.