Telecom regulator TRAI has shared the top wireless service providers’ market share based on subscriber base in May 2013. Bharti Airtel leads the telecom operator market share. 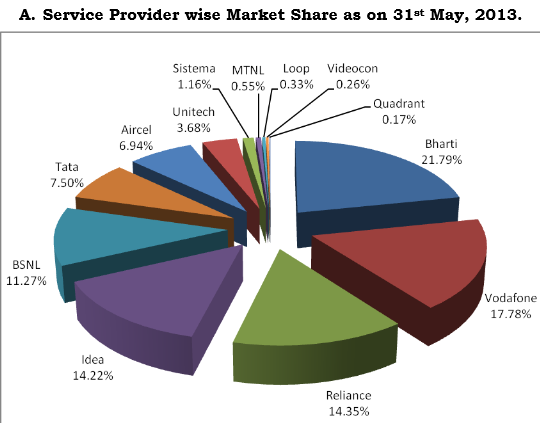 Vodafone continues to be in second position with 17.78 percent share.

Reliance Communications is in third position with 14.35 percent market share.

Idea Cellular, with a market share of 14.22 percent, is in the fourth position.