Research firms Strategy Analytics and IDC have revealed that the global smartphone market volume dropped in the first quarter of 2019. 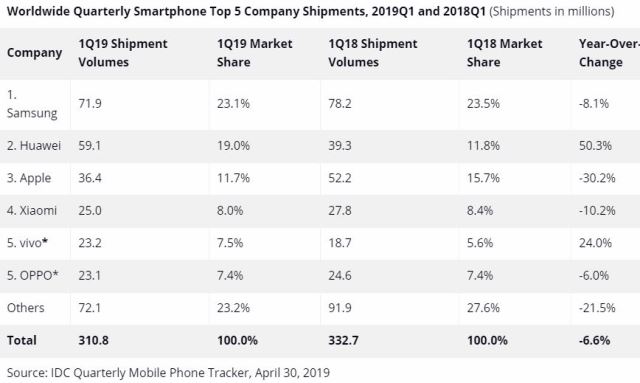 The highlight of the smartphone market in Q1 was the performance of Huawei in China and other global telecom markets.

Smartphone volumes declined 15 percent during the quarter in the US market as replacement rates continue to slow.

“The pending arrival of 5G handsets could have consumers waiting until both the networks and devices are ready for prime time in 2020,” Anthony Scarsella, research manager with IDC, said.

Linda Sui, director at Strategy Analytics, said: “Smartphone shipments are finally showing signs of stabilizing, due to relatively improved demand in major markets like China. The outlook for later this year is improving.”

Huawei, the #2 player in the smartphone market, is now within striking distance of Samsung at the top of the global market. 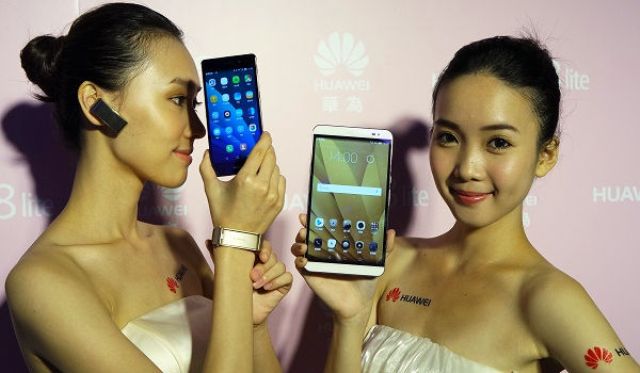 Huawei moved its way into a clear number two spot as the only smartphone vendor at the top of the market that saw volumes grow. Huawei achieved growth of 50.3 percent with volumes of 59.1 million units and 19 percent market share.

“Huawei is closing in on Samsung and streaking ahead of Apple, due to its strong presence across China, Western Europe and Africa,” Neil Mawston, executive director at Strategy Analytics, said.