A GSMA report on Tuesday said mobile operator investment in Sub-Saharan Africa will be $31 billion during 2017-2020. 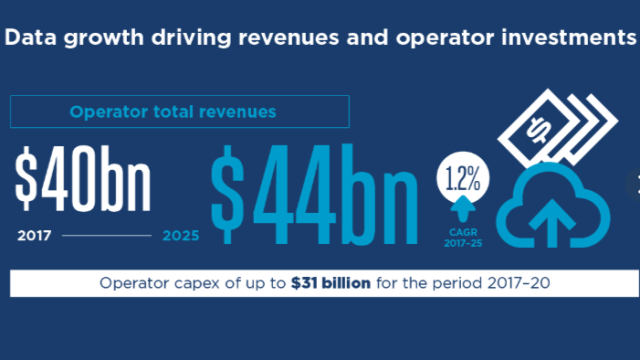 Mobile operator revenue in the Sub-Saharan Africa region will grow from $40 billion in 2017 from $44 billion in 2015 – at 1.2 percent CAGR during the period.

The report said more than half the population of Sub-Saharan Africa will subscribe to mobile service by 2025.

There will be 634 million unique mobile subscribers across Sub-Saharan Africa by 2025, equivalent to 52 percent of the population against from 444 million (44 percent) in 2017.

Mobile ecosystem will add more than $150 billion in value to Sub-Saharan Africa’s economy by 2022, equivalent to almost 8 per cent of regional GDP. 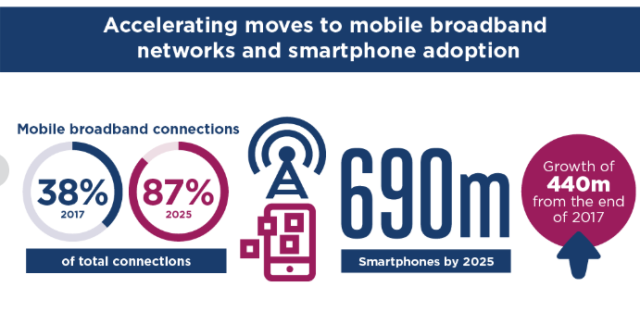 GSMA said the mobile penetration rate at 44 percent of the population is significantly below the global average of 66 per cent.

Mobile broadband will account for 87 percent of mobile connections in Sub-Saharan Africa by 2025 against 38 percent in 2017.

GSMA said nearly 300 million new subscribers are expected to use their devices to access mobile internet services over the next seven years.

Mobile ecosystem also supported 3 million jobs in 2017 and contributed almost $14 billion to the funding of the public sector in the form of general taxation as well as sector-specific levies on the consumption of mobile services.

Meanwhile, GSMA’s Mobile Connectivity Index said 3.3 billion people or 44 percent of the global population were connected to the mobile internet in 2017, representing an increase of almost 300 million compared to 2016.

More than 4 billion people are offline. The majority of people that remain unconnected – 3.9 billion – live in developing countries.

Mobile broadband networks do not cover 1 billion people globally, and 3 billion people who live within the footprint of a network are not accessing mobile internet services.

Around two thirds of rural populations are not covered by 3G networks in low-income countries.