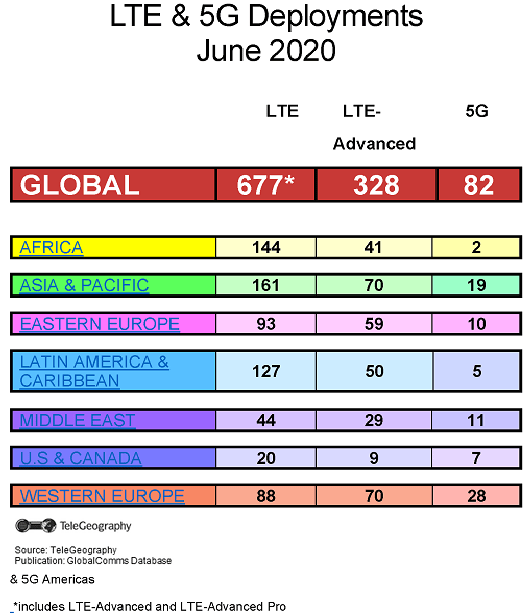 Globally, 5G remains the fast-growing generation of wireless cellular technology ever, even as the world is gripped with a pandemic.

“In North America, we are seeing consistent, strong uptake of new 5G subscribers as devices have been released that can take advantage of low-band and millimeter wave frequencies. At the same time, new network capabilities are being added,” Chris Pearson, president, 5G Americas said.

Globally, there are now 82 5G commercial networks, a number which is expected to more than double to 206 by the end of 2020. There are over 100 commercial 5G device models available globally, according to the Ericsson Mobility June 2020 Report.

Latin America and the Caribbean had 3004 5G subscriptions and 372 million LTE subscriptions.
Research firm Omdia projects 5G connections will reach 238 million globally by the end of 2020, of which North America will account for 10 million connections.

Latin America and the Caribbean will account for an additional 270 thousand connections by the end of the year. 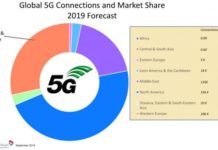