Globe Telecom announced that it will launch its 5G network service in the second quarter of 2019 in the Philippines. 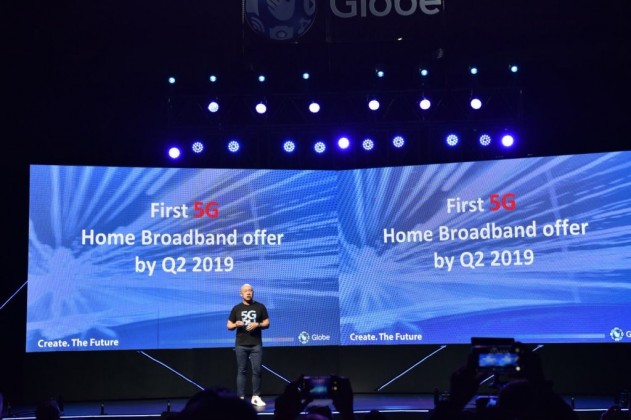 The 5G network will offer higher speeds, lower latency, and better capacity. This will enable Globe Telecom to deploy fixed wireless broadband at a fiber speed. But 5G smartphones are not yet ready to support 5G networks.

Globe President and CEO Ernest Cu said the 5G technology would enable Globe to use Air Fiber technology in relation to deployment of fixed wireless broadband that would benefit individual customers at home and business clients.

“Air Fiber internet, which makes use of fixed location wireless radios instead of fiber, could provide speeds ranging from 50 Mbps to 100 Mbps,” Ernest Cu said.

The technology will enable Globe to go over the circuitous approval process of deploying a fiber optic cable in the Philippines, which usually involves multiple permits from local government units (LGUs). The right of process can sometimes take years to obtain delaying fiber optic roll-out completion.

“We can bring internet to more homes by deploying 5G compared to a typical fiber optic roll-out,” Ernest Cu said.

The 5G technology is expected to accelerate the adoption of Internet of Things (IoT) in the Philippines. Globe Telecom earlier announced that it is enabling its network by utilizing its spectrum assets, particularly the widely-contested 700-megahertz band.

Globe Telecom is currently piloting Narrow Band- Internet of Things (NB-IoT) technology in the country. Globe Telecom has tied up with China’s Huawei, ensuring network readiness to support these services.

The Globe network has one of the largest deployment of Massive MIMO (MM) in Asia, as part of its strategic technology roadmap since 2016.

Globe Telecom has been spending over 31 percent of its annual total revenues to upgrade and expand its telecommunication and IT infrastructure. It enhanced its capital spend from P21.1 billion in 2012 to P36.7 billion in 2016 and P42.5 billion in 2017. Globe will accelerate its capital expenditures to over P43.5 billion this year.

Globe Telecom in November 2015 extended its technology deal with Huawei, signing a five-year contract involving the planning and design of a wireless broadband network. Huawei earlier assisted Globe Telecom for implementing its $700-million network modernization program that started in 2011.

Huawei to intro Harmony OS next year amid chip crisis 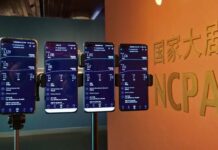