Telecom Lead Asia: Airtel CMD Sunil Mittal and Essar group promoter Ravi Ruia, who have been summoned as accused in the additional 2G spectrum allocation case, have appeared in a Delhi court which posted the matter for further proceedings on April 16.

Mittal’s counsel placed before special CBI judge OP Saini the order passed by the Supreme Court postponing till April 16 the proceedings in the case.

Besides Mittal and Ruia, former Telecom Secretary Shyamal Ghosh, who was summoned by the special CBI judge, also appeared in pursuance to the summons issued against him.

The court, after going through the apex court’s order on separate petitions filed by Mittal and Ruia, listed the matter on April 16 for further proceedings. The apex court will hear their pleas on April 15, PTI reported. 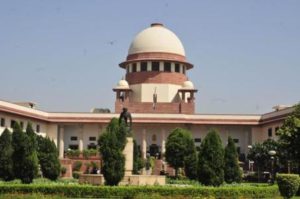 The special court had on March 19 summoned Mittal, Ruia, who was then a Director in one of the accused companies Sterling Cellular and Asim Ghosh, the then managing director of accused firm Hutchison Max Telecom.

Their names were not mentioned in the charge sheet filed by CBI on December 21, last year in the case.

The three telecom firms were represented by their counsel in the court on Thursday.

CBI, in its charge sheet, had named the three telecom companies as accused in the case relating to the Department of Telecommunication allocating additional spectrum which had allegedly resulted in a loss of Rs 846 crore to the exchequer.

During the proceedings, the court was told that the summons against Canada-based NRI Asim Ghosh had “remained unserved”.

Essar’s Ruia had moved the apex court a day after it had postponed till April 16 the proceedings in the special CBI court against Mittal.

When CBI had opposed the plea of Mittal in the Supreme Court saying evidence has been found against him during investigation in the case, the apex court had questioned the probe agency as to why he was not named in the charge sheet.