Shipments of wearable devices increased 21.7 percent to 32 million units in the third quarter of 2018, according to an IDC report. 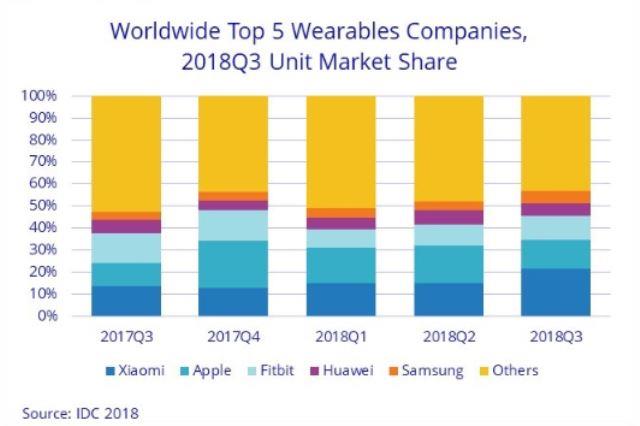 The report said Xiaomi with 21.5 percent share, Apple with 13.1 percent, Fitbit with 10.9 percent, Huawei with 5.9 percent and Samsung with 5.6 percent share are the top five wearable devices makers in the world.

Growing demand in markets like Asia Pacific excluding Japan, which accounted for more than half of all shipments and grew 21.4 percent over the previous year, was yet another growth driver.

Shipment of wearable devices in the United States, the second largest market, declined 0.4 percent as it transitions from a market driven by new users to one that relies on replacement devices and upgrades.